The external redecoration of the offices of Gloucester City Council has now been completed, with Sadolin products playing an important role in the cyclical maintenance programme. Sadolin supplied its Classic, Extra and Superdec coatings for the converted warehouses to renovate all the exterior timber and bring it back to life. 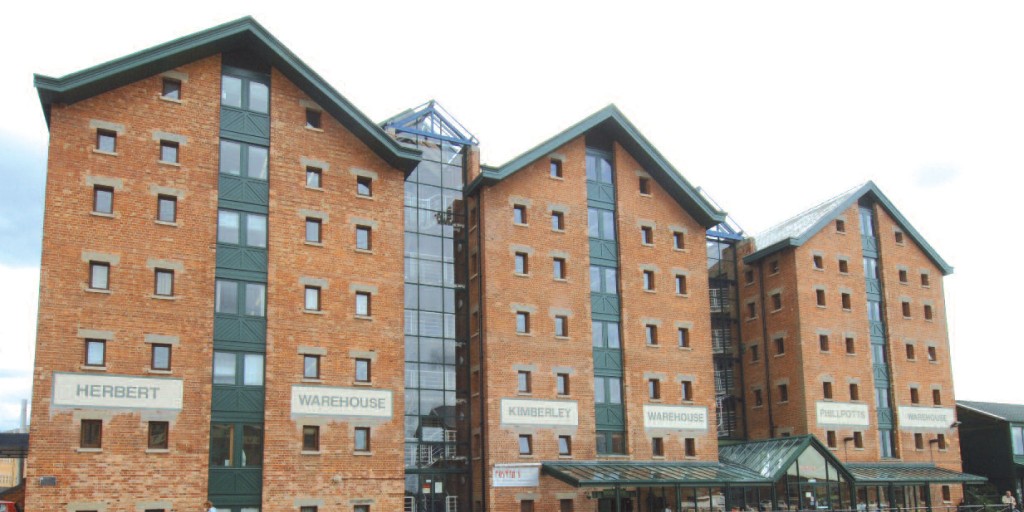 The warehouses at Gloucester were mainly built in the 1840s for the temporary storage of imported corn. They were built with thick brick walls, a slate roof and strong wooden floors supported by cast-iron columns. The many small windows were intended more for ventilation than for light and were originally fitted with shutters rather than glass. Gloucester City Council converted a number of these Grade II listed warehouses for its own use in the 1980s and 1990s and as part of the original specification, used Sadolin products on the conversion. These coatings were applied to the exterior wood, notably the windows and the extraneous timber features retained to add character to the buildings.

Although this was a planned maintenance, the original Sadolin products still retained their protective qualities and their appearance, almost twelve years on from first application. Using the same colour scheme of timber brown tones in Sadolin Classic Light Oak for the windows and Superdec BS 14 C 39 green for the timber detailing, the Sadolin coatings were applied over the space of two months.

Sadolin Superdec is an opaque finish that offers the dual benefits of superior absorption and greater flexibility, proven to offer an increased life span and reduced maintenance. Sadolin Extra and Sadolin Classic are both water repellent, a major consideration given the location of the warehouses on Gloucester’s famous dock area. Extra is a translucent solvent borne high performance surface finish that offers water repellency and flexibility to increase dimensional stability. This also helps to resist the natural movement of the timber. Classic woodstain is also solvent borne and water repellent and is highly resistant to flaking or peeling. Being moisture vapour permeable, it helps prevent the build-up of moisture in the timber, reducing the chance of decay.

“Keeping the uniformity of appearance throughout the external redecoration was essential,” commented the Head of Building Design at Gloucester City Council. “We have now completed some of the former warehouses and will be completing the North warehouse in September, again utilising the Sadolin brand for continuity.”